Music and Chant are activities of the Heart

"The table that you see here sums up the whole of Initiatic Science and all the sacred scriptures of humankind. To be sure, it is not the only valid way of illustrating a human being’s psychic life; I have already given you other diagrams before this and they have all been different, but that doesn’t mean that they contradict each other.

You will not find the table that I am showing you today in any book. In fact this is the first time that it has ever been presented, and it is a summary and a synthesis of all the truths of life...
...We call this table ‘synoptic’ because it gives an overall view of the structure of a human being and the activities that correspond to each element of that structure ... Once you have got this synopsis firmly into your heads you will possess the key to the physical and psychic life of man."

"Methods of a spiritual School learn to live together. By singing together, we alreday make a great work to vibrate together, to harmonize ; everybody accept to unify vibrtions, auras, without losing their individuality, their freedom." (extract of a french lecture of 5 august 1975)

...For the same reasons, it is always better to sing songs in their original language; even if we do not understand their meaning. There is a relationship between the words and music, which is destroyed in translation. Music is not created to be understood, but to be felt. Even when it is accompanied by words, the meaning of these words is secondary. So study carefully the states which music evokes in you, and use them for your spiritual work." (thought of 15 august 2004)

"Music is not solely a collection of tones produced by instruments. Music already exists in humans as a harmony between their thoughts, feelings and actions. Whenever there is harmonious agreement between our thoughts, feelings and actions, this is music. A disciple's ideal is to achieve this harmony in themselves so they can then harmonize with all the beings on earth and in the entire universe. In our Brotherhood, harmony is the very basis of our collective work - inner harmony, first of all, and then harmony with everything that exists. This is why we have a whole repertoire of mystical songs. These songs are magic keys: they open the world of harmony to us." (Thought of 15 august 2010)

"Music is not just a succession of pleasant sounds; it is made up of forces and vibrations. In a way, with music you are entering the world of magic: you can use the power of the sound vibrations not just to project yourself into space but also to create. Music facilitates mental work: instead of allowing your thoughts to drift, you should, on the contrary, be conscious and engage your mind, so that you can achieve something beautiful and noble inside yourself and in the world. You say you have trouble meditating… Here is a method: concentrate on a luminous, exalting image, and the music will take you very high, to a world of light and beauty. You will feel it as a force sweeping you up. Learn to use the power of sound." (Thought of 23 march 2012)

The Power of the mystical Chant

"In an initiatic school, music, and especially singing, has a great role to play. While we are singing we ourselves are the instrument producing the sounds, so singing has very powerful effects on us, on our physical body and on our subtle bodies. Through singing we emit waves, currents of force that create forms within us. That’s why it is so important to rediscover the mystical role of singing, by concentrating our whole attention not only on the melody but also on the words. And above all, we must know how to choose what songs we sing. Words are the creator of worlds, and these worlds may remain in existence for a very long time; you cannot know how long the effects of a word will last. Never underestimate the effects of music, and especially singing." (Thought of 30 august 2009)

"Music and singing are spiritual nourishment, in the same way that prayer is; that is why it’s important to get into the habit of singing. Of course, you can make do with going to concerts or listening to music at home. But there’s an enormous difference between singing yourself and listening to someone else sing. Think of the difference between eating and watching others eat: they have a delicious meal and you… nothing! And afterwards, they get up, they’re full of energy, they go to work, whereas you can scarcely drag one foot after the other. Well, you’ll notice the same difference between singing and listening to others sing. Those who sing communicate in the deepest part of their being with the world of harmony – providing, of course, they choose the right pieces to sing – whereas the others are inwardly dragging themselves along, for they lack this nourishment that harmony brings." (Pensée du 7 septembre 2009)

"When we sing, something powerful is set in motion physiologically, from the throat to the diaphragm, and then the voice bursts out. This is why singing frees us from inner tensions and heaviness. What do we know about angels? We picture them as winged creatures that sing – like birds. Both angels and birds are associated with the idea of lightness, flight and song. And so we must sing to free ourselves from everything that weighs us down. Humans could be cured of so many mental disturbances through singing! For the vibrations break up the dark presences wanting to cling to them. Singing is an expression of life; life itself is nothing other than song. And what could be more essential, more revitalizing, than being able to shake off the heavy atmosphere that surrounds us and enter those regions where everything is harmonious, luminous and light?" (Thought of 10 july 2012)

"When you all sing together, tell yourself that it is allowing you to work not just on yourself first of all but also on the whole world. For the harmony you create gradually spreads out, influencing all creatures in space... Each person must work individually – for a collectivity must be formed of well-developed individuals – but without ever losing sight of the collective interest. The new philosophy does not reject the old one of self-improvement, but that self-improvement must always be able to serve the good of everyone. You may not have thought about this, but there it is: belonging to a choir teaches us how to behave all through our life." (Thought of 25 september 2011)

"When a choir sings, and particularly when it sings mystical songs, the fusion of the two principles – the masculine and feminine voices – takes place on high in the realm of the soul and spirit. And this fusion is not barren: it not only produces joy, peace and plenitude for those who sing and those who listen, but it releases currents of energy which travel through space and purify the earth’s atmosphere. By singing, then, you are able to realize a work of the highest degree of white magic. But for this you must learn to free yourself from the elements holding you down in the lower regions, so that you can make your way toward this absolute purity which exalts the entire being. Your voices will then produce currents of energy which will merge on high and give birth to celestial beings.." (Thought of 26 april 2005)

"When we perform mystic songs with an awareness of their power and with the desire to harmonize with the cosmic order, we attract angels. They come close and say, ‘Here is a suitable place for us.’ They come to settle in the higher regions of our brain, also bringing their instruments – their violins and harps – and they mingle with our voices. Then, when the dark entities that are still hanging about sense the presence of such royal visitors, they understand there is no longer a place for them, and they leave.
I remember a time in Bulgaria when there were still street musicians and singers in the towns and villages. Passers-by would give them a few coins, and sometimes, also, a window would open, and the face of a pretty young girl would appear, smiling as she threw them coins. This is an image of what happens in the spiritual world. We sing beneath the windows of heaven’s palaces, and the angels throw down coins of joy and light." (Thought of 15 august 2012)

The music of the spheres

"Melody, harmony, symphony… A melody is played on one string or sung by one voice. Harmony, on the other hand, implies the participation of several strings, voices or instruments, the combination of which involves an entire science. Melody is closest to the heart, to feeling, while harmony is related more to the intellect, to thought. But neither melody nor harmony is complete in itself. If perfection is to be attained, the heart, which speaks in the melody, must succeed in awakening the soul, and the intellect, which is expressed in harmony, must awaken the spirit. And with the soul and the spirit we enter the domain of the symphony. It is in the symphony that man can truly reach fulfilment, because it touches on the cosmic dimension of his being. The symphony represents the entire universe singing in chorus, the music of the spheres." (Thought of 22 july 2007) 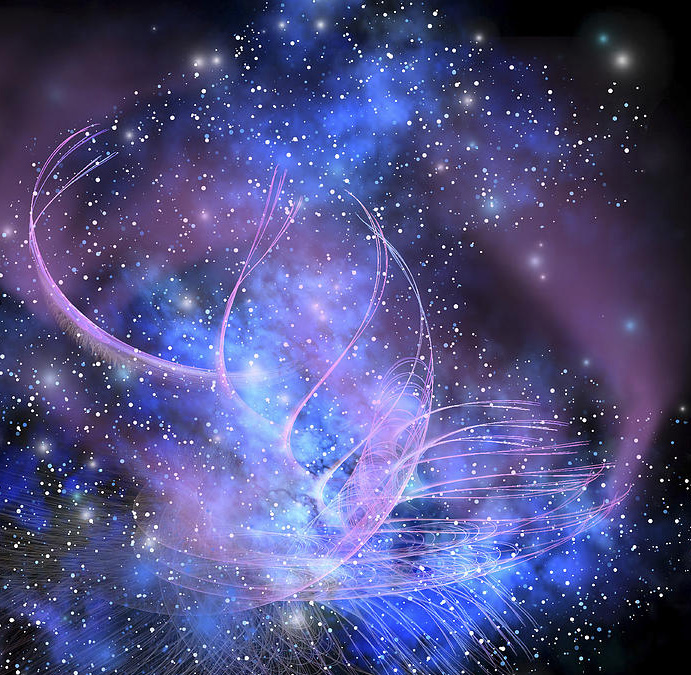 "Mountains, trees, seas, the whole earth, as well as the suns and stars – all of creation – is nothing but music. Poets and philosophers such as Pythagoras and Plato have called this symphony of the whole universe ‘the harmony of the spheres’. Everything that exists emits sounds, but obviously not sounds in the sense we generally understand the word ‘sound’. The harmony of the spheres is a synthesis of all the languages creation uses to express itself. In nature, we perceive not only sounds but colours, movements, scents and shapes, because our sense organs give us a differentiated perception of things. But beyond our five physical senses we possess other organs capable of synthesizing all these perceptions, and at certain, rare moments it is possible to grasp creation simultaneously as sound, colour, form, movement and scent. This harmony of the spheres affects not just the senses. It is also a word of wisdom giving direction and inscribing divine law in the soul of anyone who has had the privilege of hearing it even once." (Pensée du 30 septembre 2012)

By continuing to navigate this site, you accept the use of cookies to improve your user experience and realize statistics of audiences.
X